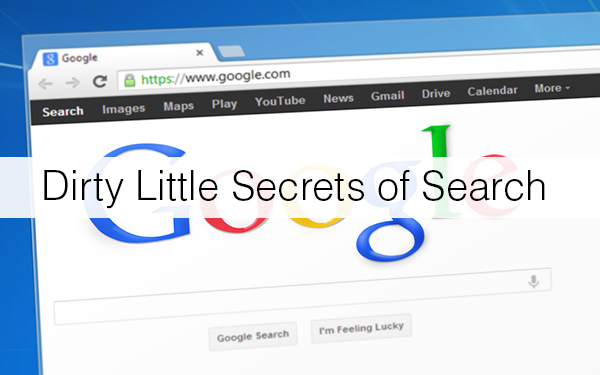 One week ago if you searched for “dresses” on Google what do you think would have come up? What if you did the same for “bedding” or “area rugs” or “skinny jeans”? It could be hundreds of companies. But it was just one retailer: JC Penny.

The New York Times chronicles JC Penny’s unscrupulous Search Engine Optimization (SEO) tactics and what they did to get to the top of search. And it follows them as, just as quickly, they get knocked off of their search pedestal.

Is anyone doing this in the flower business? Is this something you need to be concerned about for your florist website? Almost certainly someone is doing it — read on to find out what you can do about it.

First, understand how Google ranks sites. It comes mainly down to one factor: links. The more links (and the more valuable those links) the better you’re going to do on Google. If you have a Gardening website and lots of other Gardening sites point to yours, you’re going to be more highly ranked.

So how did JC Penny game the system? As the NYT puts it, “Someone placed thousands of links on hundreds of thousands of sites across the web.” Typically called “link farming” – sites use this to artificially convince Google of their site’s worth.

When Google was notified of this, they immediately demoted JC Penny (quote from the NYT):

On Wednesday evening, Google began what it calls a “manual action” against Penney, essentially demotions specifically aimed at the company.

At 7 p.m. Eastern time on Wednesday, J. C. Penney was still the No. 1 result for “Samsonite carry on luggage.”

At 7 p.m. on Wednesday, Penney was No. 1 in searches for “living room furniture.”

This kind of unscrupulous practice is probably happening in the flower industry and in most others. Bigger companies that have the resources to play the system to their advantage. So what can you do about it?

Within days of the story coming out, Google announced a plugin for their Chrome browser (like Internet Explorer but faster) where you can notify them of any link farming activity.

We can also learn from what JC Penny did unscrupulously — you can do the same thing in an above-board manner. Getting links to you site in newspapers, blogs, and on Facebook is a great way to start “legally” gaming the system in your favor.

What are you doing to legally promote links to your site? Let us know!